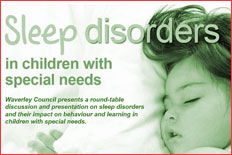 Vapour from e-cigarettes has been found to contain significantly lower levels of the toxicants found in cigarette smoke (Chemical Research in Toxicology DOI: 10.1021/acs.chemrestox.6b00188), but suitable lab tests and clinical studies are necessary to understand whether this translates into reductions in biological responses and disease.

Researchers at British American Tobacco have developed a standardized way of measuring and comparing the potential of conventional cigarette smoke and e-cigarette vapour to cause oxidative stress in an in vitro model of lung epithelium.