Home » Posts » What Can I Say To Make My Husband Understand The Pain That His Cheating Has Caused?

What Can I Say To Make My Husband Understand The Pain That His Cheating Has Caused?

What Can I Say To Make My Husband Understand The Pain That His Cheating Has Caused?

It's very common from me to hear from wives who are struggling to explain to their husbands just how much his cheating or affair hurt them and caused them pain. But often, their husband doesn't react in the way that they were hoping for and they are looking for a way to explain their feelings so that he actually understands them.

I recently heard from a wife who said, in part: “I have repeatedly tried to explain to my husband the depth of and reasons for my pain after his infidelity, but he either doesn't want to hear it or he's not understanding what I'm saying. Sometimes, I pour my heart out to him and try to explain how he has hurt me and all I get is blank stare back or empty assurances that he really is trying. This is so frustrating to me because I need him to understand the extent of my pain so that I can have some reassurance that he'll never cheat again. I want him to understand why I sometimes act in the way that I do because of what a grave mistake he has made. But part of me thinks that he's unwilling or just incapable of hearing me. How can I explain my pain in a way that he'll actually understand and be willing to listen?” I'll address these concerns in the following article.

Pick The Right Time And Know That, Once You Start Repeating Yourself, Your Words Lose Their Effectiveness: I hear from both wives who are faithful and husbands who are not on my blog and I can tell you that if you are constantly talking about your hurt and pain, eventually, even the most sincere husband will begin to tune you out. One reason for this is that no one wants to constantly be reminded of the pain that they have caused. And husbands will often want to place their focus on moving on while the wife wants to place her focus on understanding and digging a little deeper.

This doesn't necessarily mean that the husband doesn't care about your pain or just doesn't want to hear it. But, at least sometimes, he hears your words as accusations. He might constantly hear that his selfishness and weakness has hurt you deeply and this just isn't a message that he wants to hear on a continual basis, day after day. Men will often give comments like “she constantly wants to tell me how much the infidelity has hurt her. I do believe and understand that and I'm sorry for it. But, do I really need or have to listen to what an awful person I am every single day? How many times does she need to explain where I went wrong or how awful I am before she will feel satisfied that she's said it enough? I tell her I'm deeply sorry. I listen. But it doesn't seem to be enough and we repeat this process constantly.”

I'm not telling you this to imply that you can't regularly discuss and try to work through the infidelity. I'm telling you this because I want you to understand the obstacles that are in your way and the dynamics that are at play here. If you really want your husband to listen and to take your words to heart, then sometimes you have to pick the right time and limit the message so that it has the maximum impact.

Consider What Your Husband Is Actually Going To Hear Before You Say The Words: I alluded to this in the previous paragraph, but sometimes the message that your husband hears has more to do with your tone and your delivery than the words that you say. So you might say something like “your infidelity has hurt me deeply. It's made me doubt your integrity and your love and commitment to me. It's affected my self esteem and my level of trust. And I'm not sure when things are going to get any better.”

But what he hears is often something more in line with: “your poor decision to cheat on me has ruined my life and will probably ruin our marriage. You are an awful, selfish person with very little impulse control. And your actions have caused me so much pain that I might not ever fully recover. Because of this, I am going to feel pain and resentment every time I look at you or even think of you. And, this is going to be our lot in life from this day on because I don't anticipate any changes.”

These examples might seem a little extreme, but they aren't that far off from the comments that I hear. An unfaithful husband can hear a message that you never intended. And because of this, he is often somewhat resistant to that message. Of course, the wife will often take this to mean he isn't listening or he just doesn't care and so she will continue to repeat herself with more feeling. And of course, this just keeps the cycle going. She doesn't feel heard and he feels beaten down and neither person is getting what they want or need.

If you think about it, what you probably really want is to feel heard. You want for him to know, understand, (and even feel) your pain because if he does, he's less likely to cheat again and more likely to show the remorse that so many of us really want and need. So, think about what's most likely to accomplish this.

You don't want to come across as too accusatory or too despondent because unfortunately, these things will contribute to him feeling defensive and to tuning you out. Instead, you want to use “I” phrases so that it sounds as if you're talking responsibility for your own feelings and you're not just trying to lay on the blame or make him feel continuously guilty for the rest of his life. And, you want to choose the time when your message is most likely to be heard. You don't want to try to explain yourself in the middle of a fight or when you're main goal is to hurt him. I've found that the message is often more likely to be heard if you say it when things are going a little more positively and both people are calm.

An Example Of What To Say To Express The Pain His Cheating Has Caused: An example would be something like: “if this is a good time, I'd like to briefly explain how much your infidelity has hurt me. I'm not doing this to punish you or to paint you as a horrible person. I love you and don't think you're an awful person, but I need to feel as though you care enough to hear me. And I need to know that you truly understand so that you will hesitate to cheat again. Having someone who you love more than anything betray you in this way is something that is more devastating and hurtful than I could have ever imagined. It calls into doubt things about your marriage and yourself that are just devastating. Can you even begin to put yourself in my shoes and imagine that the rolls were reversed? Because I need to know that you understand how much pain I'm in so that we can begin to move forward once and for all. I don't intend to keep bringing this up, but before I move on, I need to know that you truly understand.”

Phrasing like this is much more likely to get the response and the understanding that you are after. But you can only play this card so often before your husband begins to tune you out. So once you've laid your cards on the table, it's best to begin to move forward so that your husband can see that you're sincere about not using your words to continuously punish him. 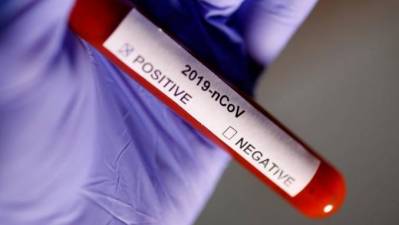 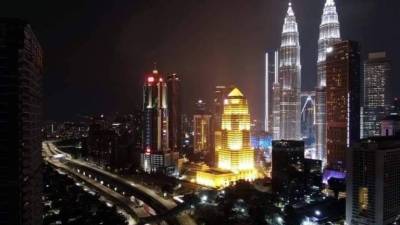 PUTRAJAYA: The enforcement of the first phase of Movement Control Order (MCO) on March 18 until yesterday has not only... read more

Reading Entertainment Reading has been a source of entertainment for a very long time, especially when other forms, such as performance... read more 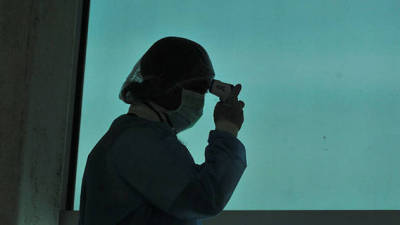 LUMUT: The Perak Health Department has urged the management of mosques and ‘surau’ in the Manjung district to carry out... read more

[ad_1] People normally say that a marriage has been settled in haven and is performed at the earth. It is seen... read more

Lifting restrictions ‘too quickly’ could lead to deadly resurgence of Covid-19: WHO