This week may be one of the worst weeks for Nigerian judiciary and they might have made the much vaunted Sowore’s revolution inevitable. The first salvo was the list of judges released by the National Judicial Council replete with the names of their sons and daughters as well as hangers on. Second is the farcical decision in EFCC vs Kalu where the Supreme Court “suo motu” created a new section to the constitution of Nigeria by vacating a conviction duly given under an extant law. The strange rationale by the Supreme Court is that the presiding judge, now elevated to the Court of Appeal should not have pronounced the sentence. The Court conveniently ignored the fact that the accused counsel had invited the judge to come back and continue the hearing by a formal letter!

Gone are the days when Nigerian judiciary is famously celebrated as the last bastion of defense for the common man. The days of Kayode Esho, Chukwudifu Oputa, Muhammed Uwais is long gone. Our judiciary is no more like Caesar’s wife, above board. The problem however is not necessarily down to the hydra headed monster of corruption alone but a more sinister evil called, nepotism. It is my humble opinion that an opaque process for selection of judges led us to where we found ourselves this week. And the problem did not start with the current chief justice. The dysfunction and bastardization have been long in coming, and as we will find out in this piece, the cancer has eaten deep into the fabric of this nation. The revolution is inevitable.

What precipitate this write up is a social media post by a good friend of mine and I obtained his permission to repost his comment with my personal edits:
“It took Orji Kalu only 4 months including Covid lockdown challenge to move from the High Court to Supreme Court to get his so called sound judgment from Supreme Court while it took ten years to get his case completed at the High Court level. Ten good years! And we are told justice in Nigeria is not cash and carry? The Supreme Court is preparing the ground for a revolution and very soon something extraordinary will take place. The same Supreme Court that will give 2021 and 2022 court date for poor defendants, sat and summarily decide a case within 4 months while cases of those facing a life sentence languish in the labyrinth of jungle justice!”

My first response to the post, is to retort that the problem did not start with judiciary, but they seem to have led the “nunc dimitis” for the internment of democracy in Nigeria. The judiciary may have pushed us to the praecipe but they were not the only one. We all recalled the impunity days of PDP rule and how they ride roughshod on people’s right, celebrating acquisition of jets obtained from corrupt practices while hordes of masses suffer the indignity of scrapping for foods from the gutter. Towards the end of that era, we all thought, if we can just get a man of integrity into Aso Rock, someone who will brook no atom of corruption, we will change the country. The election of 2015 seems to have lulled Nigerians into thinking that all we need is someone or a duo with integrity, so we elect Buhari and Osinbajo, a puritan and a pastor and went home satiated. What we were not prepared for or more appositely choose to ignore is the fact that the vehicle that brought them into governance is none other than the decrepit system that PDP used to feather their nest. In the first 4 years, we were told that the problem is with the National Assembly where the legistlooters shifted their control of the vortex of power in Abuja, opposing every anti-corruption moves of the executives. Then come the last election where the ruling party now controls the executive and legislative arm, but corruption runs through the gamut of the judiciary and Aso Rock looks the other way while nepotism festers in its rank.

It is as if the cancer has completely swallowed up the entire fabric of the nation. Cases involving the poor dragged on for years while those who can afford senior advocate can get quick justice. Many warned that this will sound the death knell of democracy in Nigeria. Every attempt to even build on free and fair election has been truncated by the judiciary. What with the recent confounding judgment from Imo and Bayelsa. Our two gargantuan political parties now owned our judiciary lock, stock and barrel. They sit in smoke filled rooms to determine who will be governors, legislators and judges, and those who will play ball are readily appointed as pawns in the chest board of the Nigerian ruling class, wives, nephews, cousins, sons and daughters are made judges and senior advocates overnight without recourse to any modicum of meritocracy. A friend of mine recently quipped that the problem of nepotism is not just that it defeats meritocracy and breeds mediocrity but that it infects the entire body politics and renders it comatose. Corruption can be traced, and ill-gotten wealth recovered but nepotism is more sinister. Those who obtain position of power and authority through nepotism hold fealty only to their masters who appointed them. Such appointee will readily twist the constitution, made up section that does not exist all at the behest of their “godfather”. It is insidious and evil.

I graduated from Nigerian Law School 30 years ago, after an excellent stint at Great Ife. My class at Ife, drawn from the north, east, west middle belt and south-south has in its rank some of the best legal minds any country will be proud of. We graduated with high hopes to take on the world and change the land. Few of us found ourselves abroad on scholarship where we flourish and excel. Those in legal practice in Nigeria, either at the federal or state ministry of justice or private practice are the ones my heart bleeds for, especially those without access to members of the National Judicial Council. I have had the privilege to advance my career abroad as an attorney and public defender. I frequently sit on panels that recommend colleagues for appointment as judges in a fair, open and transparent process; something my colleagues in Nigeria could only dream of.

When I look at the state of Nigerian legal practice my heart bleeds. The career growth of colleagues in the legal profession in Nigeria is stunted not for lack of excellence but influence in the right place. Influence peddling is an art form in Nigeria and politicians used to have the exclusive preserve of selling it to the highest bidder, but our Judicial Council seems to have mastered the art. The problem will not be this pronounced if the sons and daughters they are foisting on Nigerian judiciary are steeped in the Nigerian experience or have a modicum of merit. As many of my colleagues are apt to complain, majority of the recent appointees hardly spend few years in Nigeria. They all went to schools abroad. Totally devoid of the Nigerian experience, and constantly removed from the everyday life Nigerians suffers under. Majority of them lives in the gilded mansions of their forbears in Abuja and other state capitals, where they are rarely touched by the “better angels of our nature” to use the phrase coined by Abraham Lincoln. It is therefore no surprise that they care only for what their “godfather” demand.

Let me however warns that the biggest mistake we could make is to think that the rot is only in the heart of our judiciary. Think again. Nepotism is next door, next street, next town and everywhere in Nigeria. It rampages through the land, be it North, East or West. Just look at our churches and mosques, who do you see minister or lead the prayers when the founder/visioner is not around? You guess right,  if you say their sons and daughters. Gone are the days when Pa Fadayomi push to have a meritorious doctor of aerodynamics succeed him. Gone are the days when the leader of the faithful in Nigeria is selected by their aptitude in the knowledge of the Quaran. Nowadays, the exit of the leader is the beginning of the reign of the progeny. It has infected our colleges and universities, scholarship and opportunities that used to be available on merit are now exclusive preserve of the vice chancelor’s children and family members. Woe betide the school senate members that dare ask questions. Advertisement for jobs that has already been reserved for the children of the privileged are means to extort money in the form of application fees a la Abba Moro immigration recruitment scheme. A recent recruitment without advertisement at our apex bank reported by Sahara Reporters shows that successful applicants names were picked out of the rolodex of the governor. Commercial Banks staff are not an exemption, they are either recruited based on sex appeal or influential ministers/senators’ “recommendation” which doesn’t come easy for the educated but less privileged applicants.

A friend concluded an animated discussion on social media on this issue with a distinctively Nigerian resignation: “It is clear that those who do not want things to work properly in Nigeria are more powerful than those who are working towards finding solutions to our problems.” Again, my response is what do we have to lose if we embrace Omoyele Sowore’s revolution, even with its youthful disdain for experience? Especially when our current experienced leadership seems to treat the Nigerian masses with contempt. Look at it this way: They do not need our votes to win election, as they could procure midnight judgment in Abuja a la Bayelsa and Imo. They do not need to legislate to fill any lacunae in our constitutional experience as the Supreme Court proved in Kalu’s case. In fact, as long as oil flows and they have the means to fill their Cayman Island bank accounts, we may as well not exist. Greed and avarice have become the directive principle of Nigerian ruling class. To rescue ourselves from their vice grip, we need revolution now! 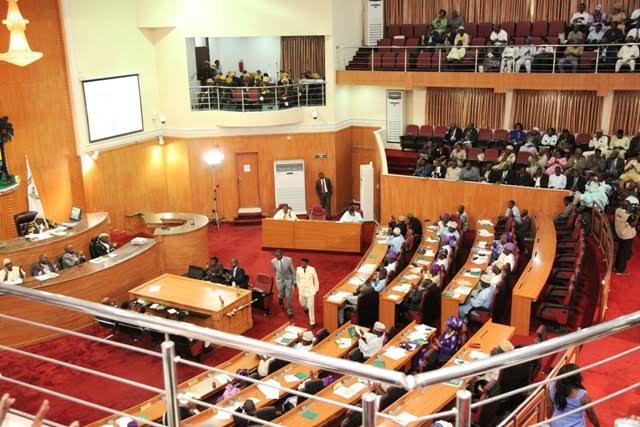 The Governor’s Advisory Council is being convened to intervene in the imbroglio that has engulfed the Lagos State House of... read more 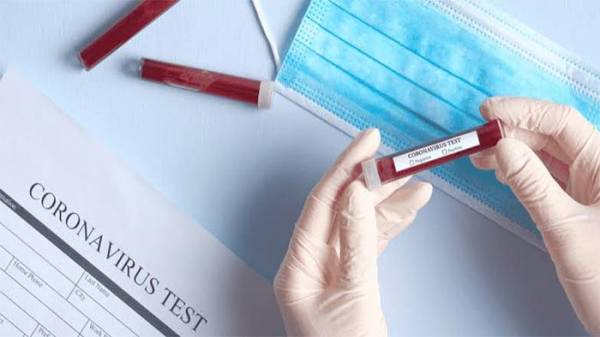 Google The Nigerian Centre for Disease Control has confirmed three more cases of Coronavirus in Lagos. This was confirmed on Sunday evening... read more 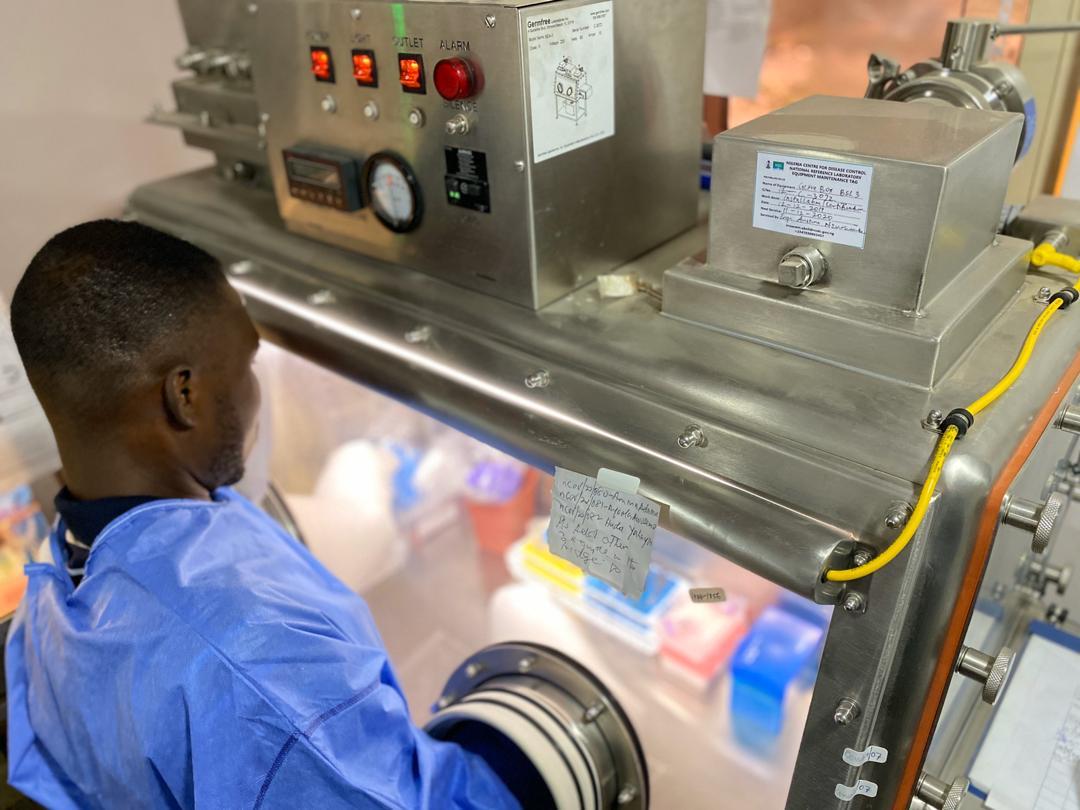 NCDC   The Advocacy for Integrity and Economic Development has urged the Nigeria Centre for Disease Control to stop wasting "limited testing... read more 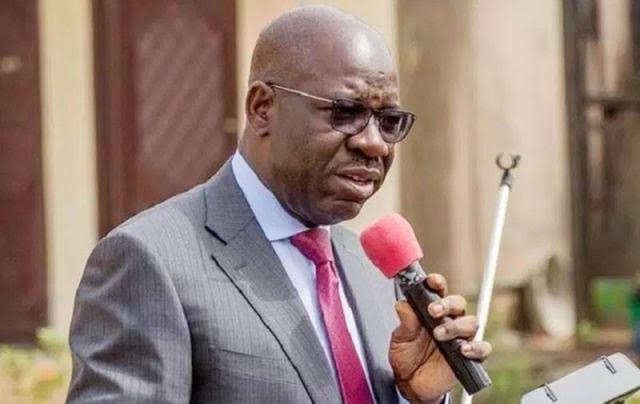 In a bid to curb the spread of Coronavirus in Edo State, the state government has reduced the number of... read more 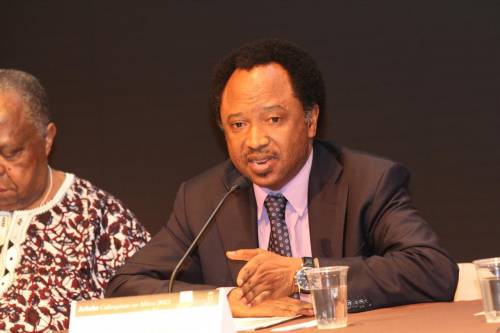 A former lawmaker representing Kaduna Central Senatorial District at the National Assembly, Shehu Sani, has called on both the federal... read more 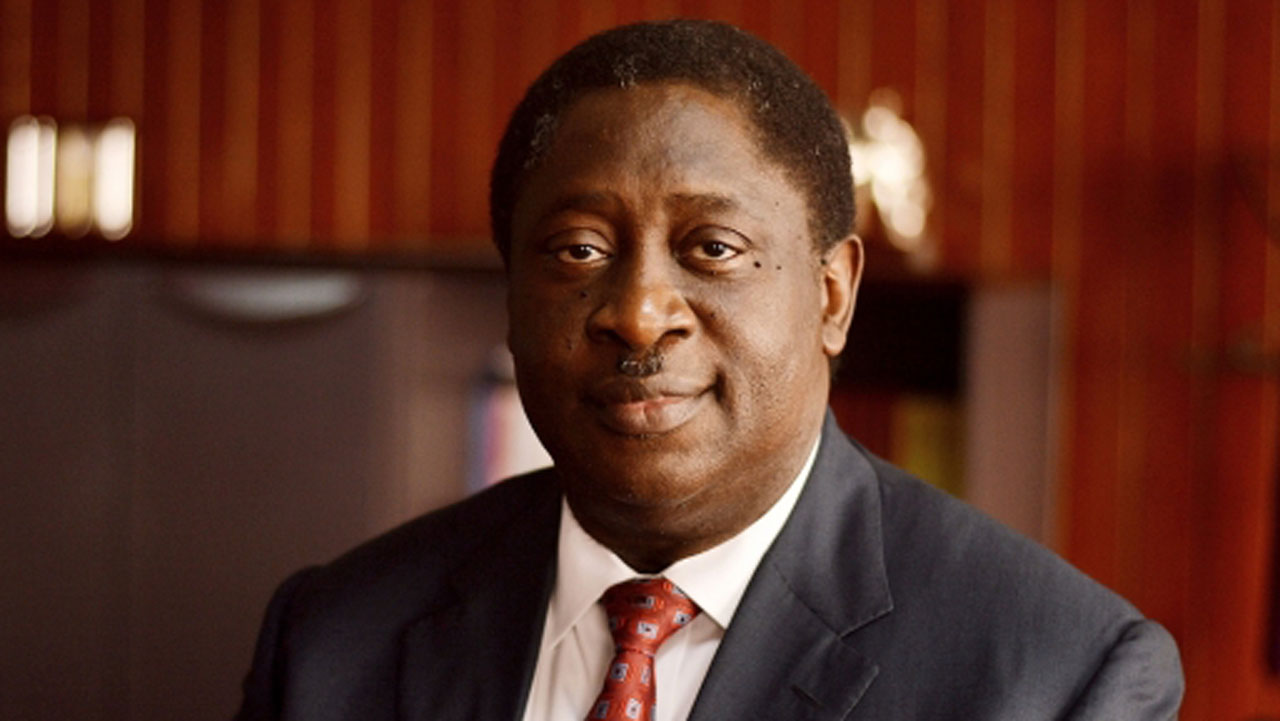 Babalakin Obsessed With The Vice-Chancellor’s Removal By Alabi Azeez

As expected, the Vice Chancellor’s response on the barrage of lies that Babalakin tried to peddle about the suspension of... read more 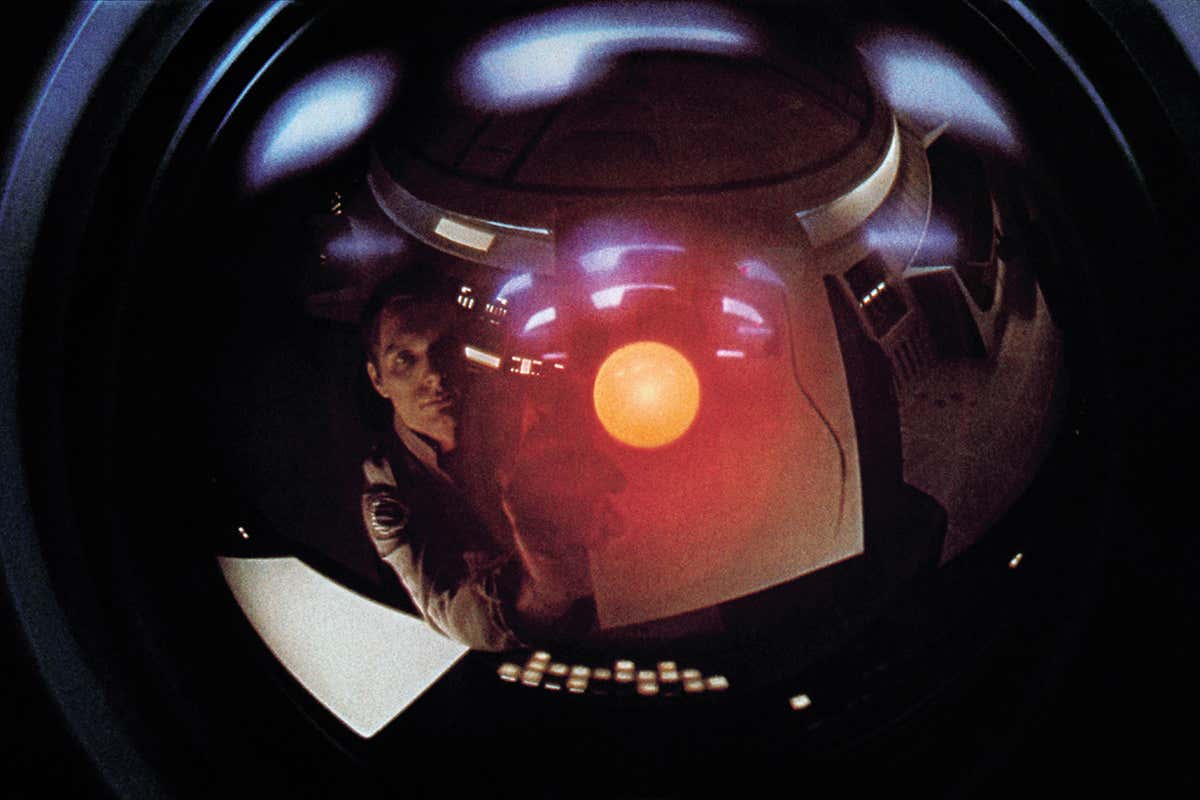 Is our love affair with AI really about building a new kind of deity to meet human needs no amount... read more 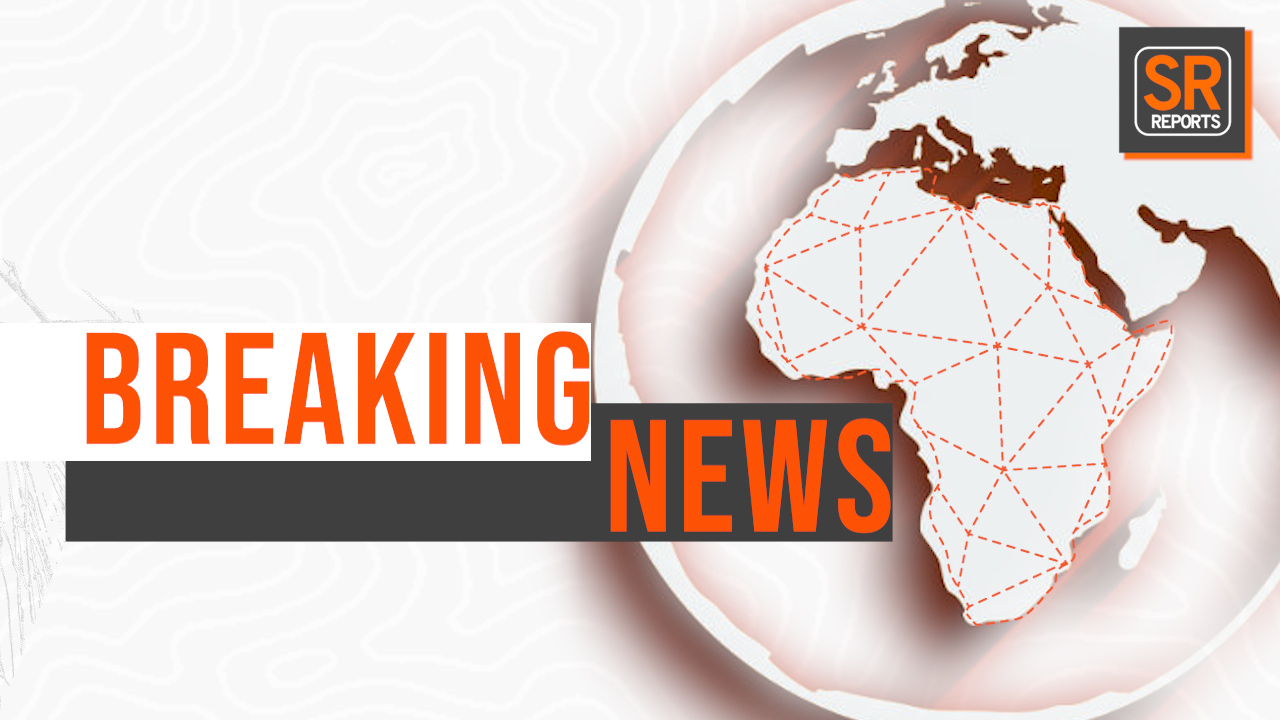 The Nigerian Centre for Disease Control has confirmed 23 new cases of Coronavirus in the country. This brings to 174 the... read more 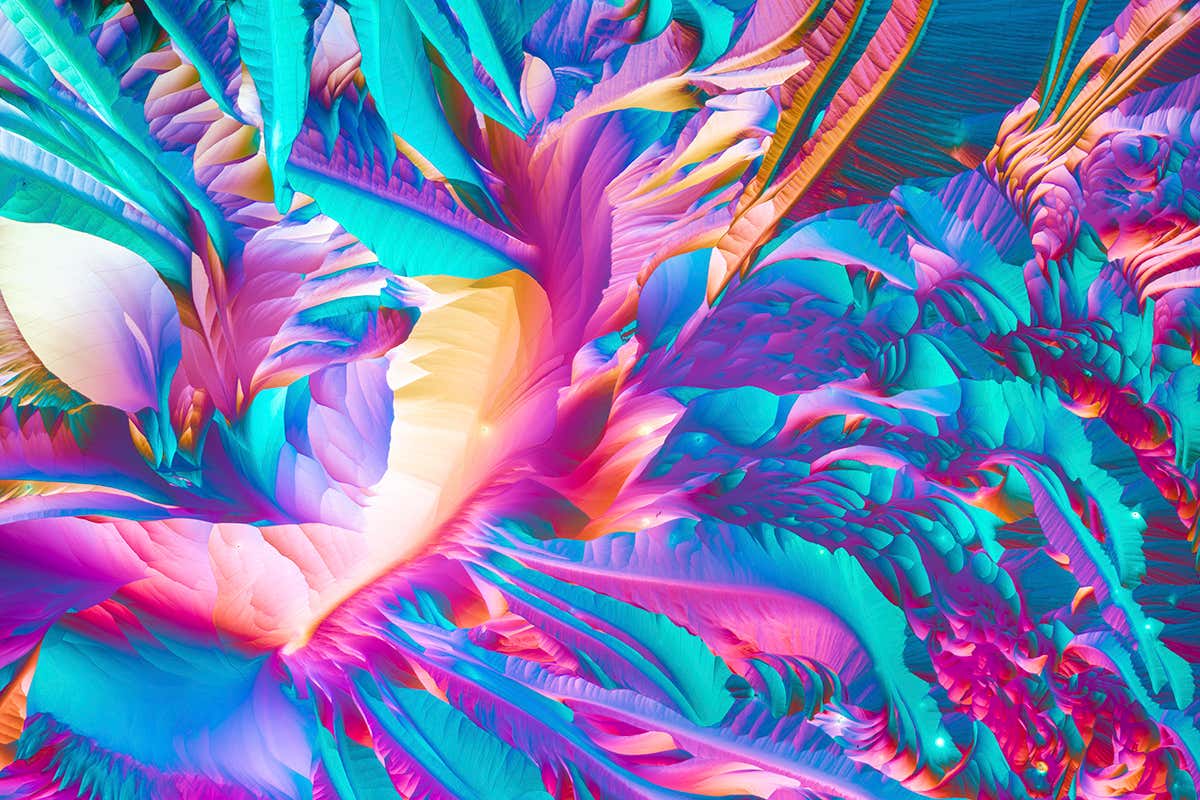 Incredible close-up images of the natural world recognised with awards